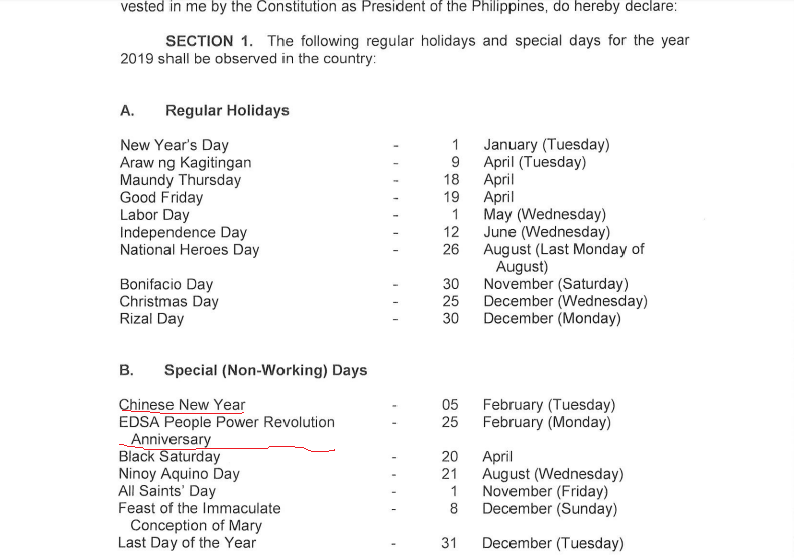 Related: Walang Pasok! Class Cancellation For January 21 (Monday)
This includes the 2 special non-working days this February.
February 5, 2019, Tuesday – Chinese New Year
February 25, 2019, Monday – EDSA Revolution Anniversary
Chinese New Year, commonly known as Lunar New Year, is a Chinese festival that celebrates the beginning of a new year on the traditional Chinese calendar. The festival is usually referred to as the Spring Festival in modern China and is one of several Lunar New Years in Asia.
The People Power Revolution was a series of popular demonstrations in the Philippines, mostly in the capital city of Manila from February 22–25, 1986. There was a sustained campaign of civil resistance against regime violence and alleged electoral fraud.
Source: Photo